In the summer of 1985, a New York-born, Texas A&M student started packing his bags for Northern Virginia. He had decided to transfer to George Mason University. Jack Harrington, BS Computer Science ’89, had been offered a scholarship to compete on Mason’s Skeet & Trap Shooting team after helping Texas A&M win the national championship.

“I had never heard of George Mason. I would read about it, ‘Top 10 Up-and-Coming Schools,’” says Harrington, currently the CEO of Research Innovations, Inc., headquartered in Alexandria.

After graduating from Mason in 1989, Harrington moved to Tampa, Florida, where he secured a software engineering position on MacDill Air Force Base and met his wife, Mara. In 1993, they moved back to Northern Virginia and became season ticket holders for Mason basketball. They attended every game through the Final Four run in 2006, before a career opportunity took them to France for several years.

When he returned to Northern Virginia in 2013, Harrington noticed that Mason was bigger and better than ever. “I was running this cyber business of about 2,000 people, and I had HR look at where the biggest number of alums were from. It was Mason. The largest number of people from the business I was running at Raytheon were from Mason. So that got me realizing I needed to engage more with the university,” says Harrington.

That led to conversations with Ken Ball, dean of the Volgenau School of Engineering, and a spot on the school’s advisory board.

Now Harrington, more engaged than ever, is committed to advancing the school with philanthropic support as well.

“I want to do anything we can to raise awareness about how great the university is — to help build the brand, to help raise money,” Harrington says. “I’ve written letters to Richmond for all the programs that we’ve started since I’ve been on the [Volgenau School] advisory board.”

As proof of that commitment, the Harringtons recently fully endowed a new Dean’s Fund for Excellence and Innovation with the Volgenau School of Engineering. The fund gives the dean flexibility to make strategic investments as needed to further the school.

“There are a lot of opportunities that come up that the school needs more money to do—times when you can invest in some R&D or invest in some equipment or invest in a researcher,” Harrington says. “If [Dean Ball] has that flexibility, he will do good things for the program and the Volgenau School.”

“Jack has been a tremendous part of our advisory board and a wonderful asset to Volgenau. And now with the Dean’s Fund for Excellence and Innovation he and Mara endowed, we can make quick and key decisions to take the school even further,” says Ball.

The Harringtons have important philanthropic interests outside of Mason. They support Mara’s alma mater, the University of South Florida, where she studied marketing. Mara was at USF when she developed diabetic retinopathy, a condition that can result in blindness. Doctors at the Eye Institute in USF’s Morsani College of Health were able to save her sight.

“We chose to make a donation to the ophthalmology department so they could buy new equipment” and continue helping other patients, she says.

“With [organizations like] Girls Who Code and Black Girls Code, we’re looking at organizations that are promoting Latino and Black people into the software engineering industries,” Harrington says. “If we can help bring opportunities to more people and more diverse groups, all the better for industry and for us.”

The work the Harringtons have done at Mason is far from over. They intend to see what other needs they can help meet, and as of July, Harrington serves on the George Mason University Foundation’s Board of Trustees.

“I got introduced to Mason in 1985 when I came as a sophomore. We’ve been an ‘up and coming’ school since then, and that was 35 years ago,” Harrington says. “I want to see us as a top school, and I firmly believe that is going to be led by the Volgenau School.” 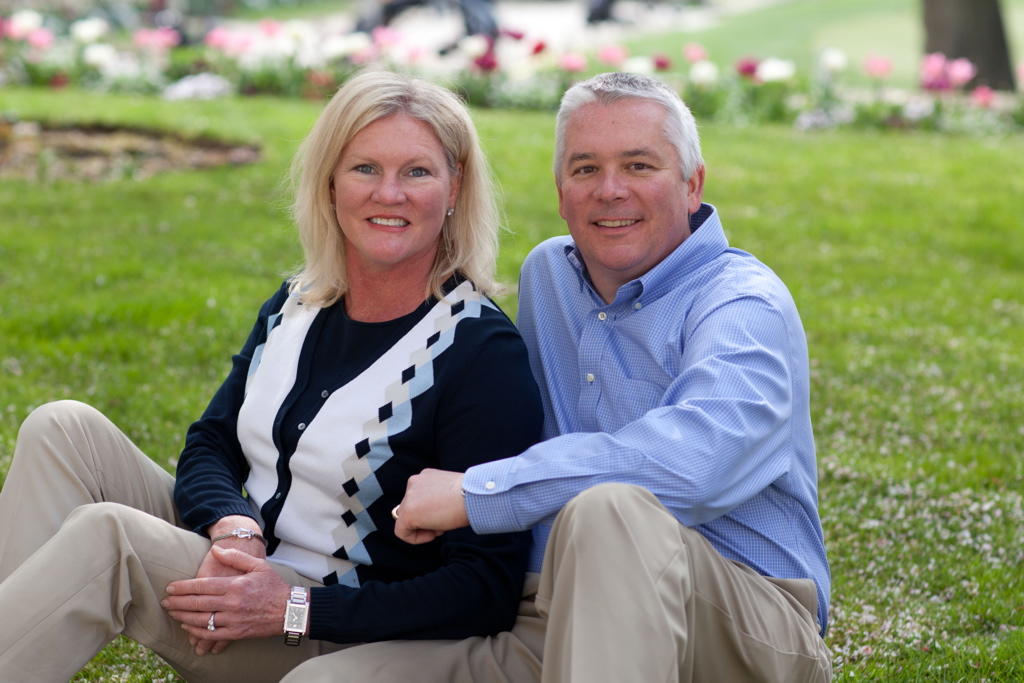