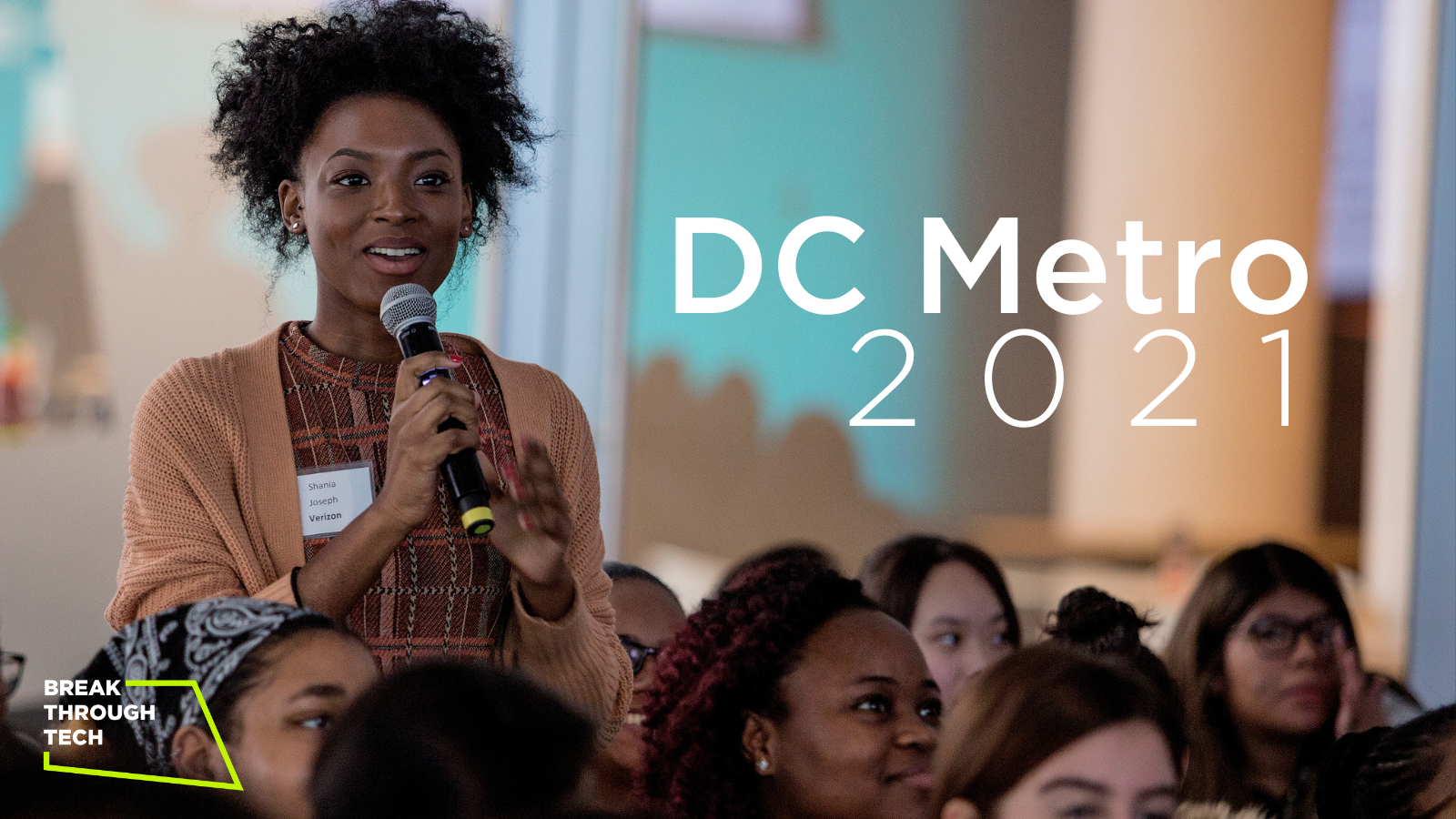 George Mason University announced today a grant from Break Through Tech to propel more students who identify as women and non-binary into tech education—and ultimately tech careers—through curriculum innovation, career access, and community building. The goal of the grant is to increase the number of these students graduating with a tech degree at Mason by 12.5 percentage points by 2026.

"Computer science is a growing and lucrative field, yet less than 20% of computer science degrees in this country are awarded to women," Mason President Gregory Washington said. "George Mason is the largest producer of tech talent in Virginia, and this partnership with Break Through Tech will provide additional opportunities for women to excel in computer science, broadening the capabilities of the digital workforce."

George Mason University and the University of Maryland will be joining Break Through Tech as it expands from its hubs in New York City and Chicago to Washington, D.C. This expansion was made possible through the Gender Equality in Tech (GET) Cities initiative, which is led by a $50 million investment from Pivotal Ventures, the investment and incubation company created by Melinda Gates, as well as an additional $7 million investment from Cognizant U.S. Foundation and Verizon. Mason’s Break Through Tech program will be administered by the Volgenau School of Engineering, the proposed School of Computing and the Departments of Computer Science and Information Sciences and Technology.

“Receiving the grant from Break Through Tech will provide a tremendous boost to the Departments of Computer Science and Information Sciences and Technology’s efforts to broaden participation in computing,” says Sanjeev Setia, division dean for the proposed School of Computing. “Not only does the grant provide funding for several initiatives that seek to increase the proportion of women students in our programs, but the Break Through Tech team has pioneered several initiatives that have been successful at other universities, and we are keen to learn from their experiences.”

Mason’s Break Through Tech program will include:

Huzefa Rangwala, professor in the Department of Computer Science and principal investigator for the grant, says, “Using data analytics to ensure college student success has been the cornerstone of my research for the past six years. I am thrilled to collaborate on this grant with several colleagues at Mason to narrow the gender gap in computing by innovating across the curriculum, establishing career pathways, and building an inclusive environment.”

In Break Through Tech’s founding city, Cornell Tech partnered with the City University of New York (CUNY), which saw an increase in the number of women pursuing computer science degrees by 61 percent since Break Through Tech New York launched in 2016.

“The field of computer science would not have achieved the widespread success and impact it enjoys today without the critical contributions of women scientists and engineers,” says David Rosenblum, chair of the Computer Science Department at Mason. “Our partnership with Break Through Tech gives us the opportunity to work on overcoming the barriers that female students experience in STEM disciplines, so that we can attract and educate a new generation of women graduates who will play a critical role in shaping the future of computer science.”

The combination of the current economic crisis brought on by the COVID-19 pandemic, along with the national awareness of COVID’s outsized impact across gender, race and other underrepresented identities in society, makes this a critical time to scale a movement toward equity in tech—an industry with the growth potential to support the kind of economic empowerment that should be available to everyone.

“GET DC will impact an emerging tech hub that’s bustling with opportunity for women and underrepresented groups in an industry that continues to trend majority male and white,” said Judith Spitz, founder and executive director at Break Through Tech. “Break Through Tech will work towards tackling two key hurdles for women—access and experience.”

About Break Through Tech

Launched at Cornell Tech, with support from Pivotal Ventures, Cognizant U.S. Foundation, and Verizon, Break Through Tech provides curriculum innovation, career access, and community building for women in tech. The program originated in 2016 as a program called Women in Technology & Entrepreneurship New York (WiTNY), created at Cornell Tech in partnership with the City University of New York (CUNY) and a broad set of industry partners. Now Break Through Tech is replicating the highly effective ecosystem model originated in New York City to increase women’s representation in computing graduates across the United States. To date, the program is in New York City, Chicago, and the DC Metro Area.

About the Department of Computer Science

The Department of Computer Science has 46 tenured and tenure-track faculty and 15 teaching-track faculty with wide-ranging research interests, and strong research groups in cybersecurity, systems and networks, machine learning and data mining, artificial intelligence and software engineering. The department has seen a substantial increase in computer science majors as enrollment has grown from 550 undergraduates in 2012 to nearly 2,000 today. The department has more than 130 PhD students and more than 350 graduate students enrolled in four MS programs. The department has $14.5 million in annual research expenditures, 18 recipients of the prestigious CAREER/Young Investigator Awards, four IEEE Fellows, and two ACM Fellows.

About the Department of Information Sciences and Technology

In conjunction with Amazon’s decision to establish a second headquarters in Northern Virginia, the Commonwealth of Virginia announced a multi-year plan to invest in the growth of degree programs in computing, and George Mason University has committed to accelerating its plans to grow its capacity in computer science and related disciplines.