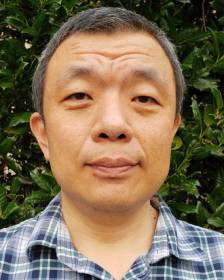 Bo Han enjoys building practical networked systems that facilitate us to better communicate with each other and interact with the physical world by leveraging innovations in machine learning, multimedia, computer vision, computer graphics, and human-computer interaction. At Mason, his current research focuses on immersive video streaming, augmented, virtual, and mixed reality, and the Internet of Things. His key research principle is to build real systems, as he believes good research stems from implementing practical systems. He has done pioneer work on viewport-adaptive 360-degree video streaming and visibility-aware volumetric video streaming, which can significantly reduce mobile data usage and make these emerging immersive videos available even to low-end mobile devices.

Before joining George Mason University, Han was a Principal Scientist at AT&T Labs Research, where he improved network efficiency and quality of user experience for networking services. Some of the projects he was involved with have been adopted and deployed in production networks of a large Internet service provider. He is the co-inventor of 24 granted U.S. patents and has filed a further 45 U.S. patents. His research has contributed to diversity, equity, and inclusion. For example, several of his projects strive to allow everyone, especially patients, seniors, and students in rural areas, to benefit from novel mobile applications.