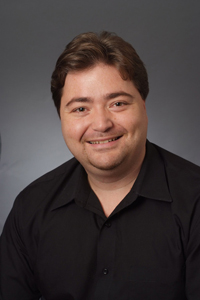 Angelos Stavrou is the director of the Center for Assurance Research and Engineering (CARE) at Mason. His current research interests include security and reliability for distributed systems, security principles for virtualization, and anonymity with a focus on building and deploying large-scale systems. Over the past few years, Stavrou's research has focused on two aspects of security: systems’ security and reliability. His systems’ security research led him to work with NIST as part of the DARPA Transformative Applications effort to secure Android mobile devices against kernel-level attacks.

Furthermore, Stavrou was Mason’s principal investigator participating along with Columbia, Stanford, and Symantec personnel in the IARPA StoneSoup effort.

Stavrou’s research is supported by grants from DHS and NSF and focused on the cybersecurity of large-scale systems whereas the second effort seeks to foster cross-disciplinary education as a foundation for the development and assessment of cybersecurity leadership education programs. Stavrou’s team is currently funded by DARPA under the Active Authentication, and Mission Resilient Cloud projects. Their projects from ADD, DHS and NIST are funding research efforts in security mobile and IoT devices.

2014 - 2015 : Technical consulting on the test and evaluation methodology for cyber-security technologies. Funded by Agency for Defense Development (South Korea).