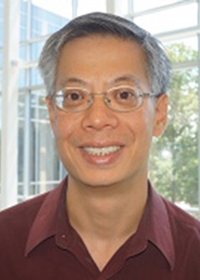 Brian L. Mark’s main research interests lie in the design, modeling and performance evaluation of communication networks and computer systems. He became a faculty member in the Department of Electrical and Computer Engineering at George Mason University in 2000. Prior to joining Mason, he was a Research Staff Member at NEC Labs in Princeton, New Jersey and spent a year as a visiting researcher at Télécom Paristech in Paris, France. His recent work has focused on protocols and algorithms for dynamic spectrum sharing in future wireless networks and statistical inference methods for evaluating network performance. Within the ECE department, he teaches in the areas of communications and signal processing at both the undergraduate and graduate levels, most recently instructing courses on computer networks, wireless communications, and software radio.

He is coauthor of two books: System Modeling and Analysis: Foundations of System Performance Evaluation (Pearson Education, 2009) and Probability, Random Processes, and Statistical Analysis (Cambridge University Press, 2012). He received a National Science Foundation Early Faculty CAREER award in 2002 and the Outstanding Research Faculty award in the Volgenau School of Engineering in 2011. He is a Member of the IFIP 7.3 Working Group on Computer System Modeling and a Senior Member of IEEE. He was an associate editor of IEEE Transactions on Vehicular Technology from 2006-2009 and served as acting chair of the Department of Bioengineering from 2015-2017.