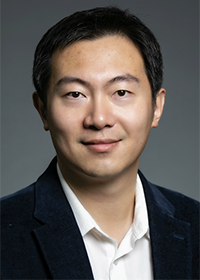 Feitian Zhang is an Assistant Professor in the Department of Electrical and Computer Engineering at George Mason University. He received the Bachelor's and Master's degrees in Automatic Control from Harbin Institute of Technology, Harbin, China, in 2007 and 2009, respectively, and the Ph.D. degree in Electrical and Computer Engineering from Michigan State University, East Lansing, MI, in 2014. Prior to joining Mason, He was a Postdoctoral Research Associate in the Department of Aerospace Engineering and Institute for Systems Research at University of Maryland from September, 2014 to August, 2016. His research interests include bioinspired robotics, nonlinear control, mechatronics, and underwater vehicles.