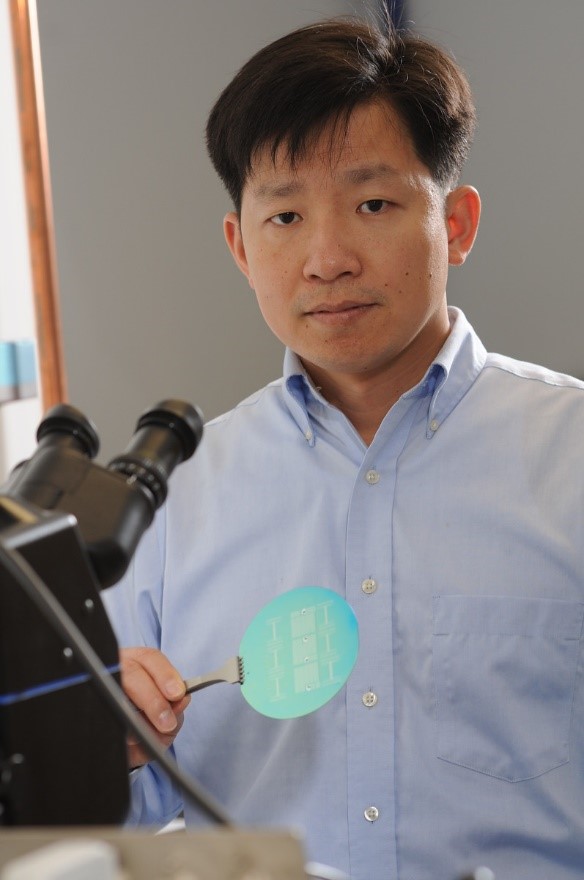 Qiliang Li’s research is focused on semiconductor device technology, nanoelectronics and intelligent sensing systems. He became a faculty member in George Mason University in 2007. Prior to joining Mason, he was a scientist at the Semiconductor Electronics Division, National Institute of Standards and Technology (NIST), working on advanced CMOS devices and nanoelectronics. He is the Distinguished Virginia Microelectronics Consortium (VMEC) Chair Professor at George Mason University.

Qiliang Li received Ph.D. in Electrical and Computer Engineering from North Carolina State University in 2004. From 2004 to 2007, he was a Scientist at Semiconductor Electronics Division of NIST, Gaithersburg, MD, where he was involved with the fabrication, characterization and simulation of advanced CMOS and nanoelectronics materials and devices. In August 2007, he joined the faculty of George Mason University as Assistant Professor, and promoted to Tenured Associate Professor (2012) and Professor (2017) in the Department of Electrical and Computer Engineering. He is a Guest Scientist at NIST while working at Mason as a professor.

Prof. Li received the honor of Virginia Microelectronics Consortium (VMEC) Professorship in 2007. He is currently Distinguished VMEC Chair Professor at Mason. He received NSF CAREER award in 2009 for the research on nanowire field effect transistors and memory. He received Mason Emerging Researcher/Scholar/Creator Award in 2011 and School of Engineering Rising Star in 2012. He is currently working on nanoelectronics for logics, memory and sensors, 2D electronics and topological insulators, wide band gap semiconductors. He published over 150 technical papers and had 7 U.S. patents. Prof. Li currently serves as Vice Chair of Electronics & Photonics Division of Electrochemical Society and an executive member of Virginia Microelectronics Consortium Operation Committee. He is a senior member of the IEEE, leading local IEEE council activity.