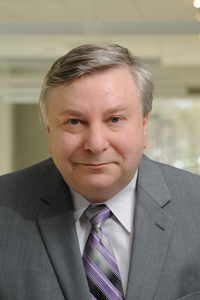 Gheorghe Tecuci has been the director of the Learning Agents Center since 1995. Prior to joining George Mason University in 1990, he was with the Romanian Research Institute for Informatics. During the summers of 1986-1990, he was a visiting scientist at Laboratoire de Recherche en Informatique de l’Université de Paris-Sud. Between 1994 and 1999 he was also the director of the Center for Advanced Research in Machine Learning, Natural Language Processing and Conceptual Modeling of the Romanian Academy. Between 2000 and 2011 he was also Visiting Professor of Artificial Intelligence at the U.S. Army War College where, between 2001 and 2003, he was Chair of Artificial Intelligence.

He is member of the Romanian Academy and has published around 200 papers, including 11 books, with contributions to artificial intelligence, machine learning and knowledge acquisition, knowledge engineering, cognitive assistants, evidence-based reasoning, and intelligence analysis. He has followed a career-long interest in the creation of software agents that can learn complex problem-solving expertise directly from human experts, can support experts and non-experts in problem solving and decision-making, and can teach their problem-solving expertise to students.

2009 - 2015 : NURI: A Computational Theory of Intelligence Analysis. Funded by US Department of Defense.

2009 - 2011 : Intelligent Software Agent for Training Intelligence Analysts. Funded by US Department of the Navy.