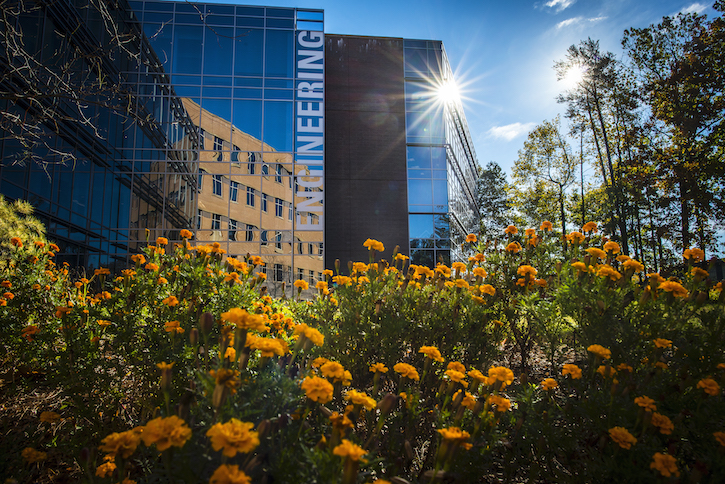 George Mason University’s Volgenau School of Engineering has received approval to create the Department of Cyber Security Engineering, the first of its kind in the country.

George Mason University’s Volgenau School of Engineering has received the approval of the State Council of Higher Education for Virginia (SCHEV) to create the Department of Cyber Security Engineering, the first of its kind in the country.

“The creation of the Cyber Security Engineering Department is timely as it not only meets Mason’s overall goal to contribute to and expand tech talent in the Northern Virginia region, but is a direct response for a specific type of worker to meet the growing cybersecurity demands nationwide,” Provost and Executive Vice President S. David Wu said.

The new department, which will be officially established March 1, will be home to the 500 undergraduate students currently working toward bachelor of science degrees in cyber security engineering and led by Duminda Wijesekera, the interim director and a professor of computer science within the Volgenau School of Engineering.

“This is an exciting time in Mason’s history as we are training and preparing a 21st-century workforce that will impact the world’s population,” said Ken Ball, dean of the Volgenau School of Engineering. “There is a national shortfall of personnel who are trained to handle the increasing numbers of cybersecurity issues and intrusions.

The Cybersecurity Workforce Gap, published by the Center of Strategic and International Studies, reports that by 2022, “the global cybersecurity workforce shortage has been projected to reach upwards of 1.8 million unfilled positions.” Further, “workforce shortages exist for almost every position within cybersecurity, but the most acute needs are for highly skilled technical staff.” Many other reports put that number above 3 million.

The curriculum will advance hardware and software security in such areas as health, finance, 5G cellular networks, supply chain, logistics, infrastructure, autonomous vehicles, smart cities, and the internet of things. Both Cybercrime Magazine and the Center for Cyber Safety and Education noted that there is a global shortfall of 3 million skilled personnel in cybersecurity.

“Graduates from the department will have broad expertise across all areas of cybersecurity in engineered systems, and will be able to design systems proactively that are resilient to cyber attacks,” Ball said. “They will be in demand to fill jobs in all industries, not just in the U.S., but across the globe. The new department will allow us to enroll and support more students and will become one of the top recruitment destinations for employers seeking cybersecurity professionals.”