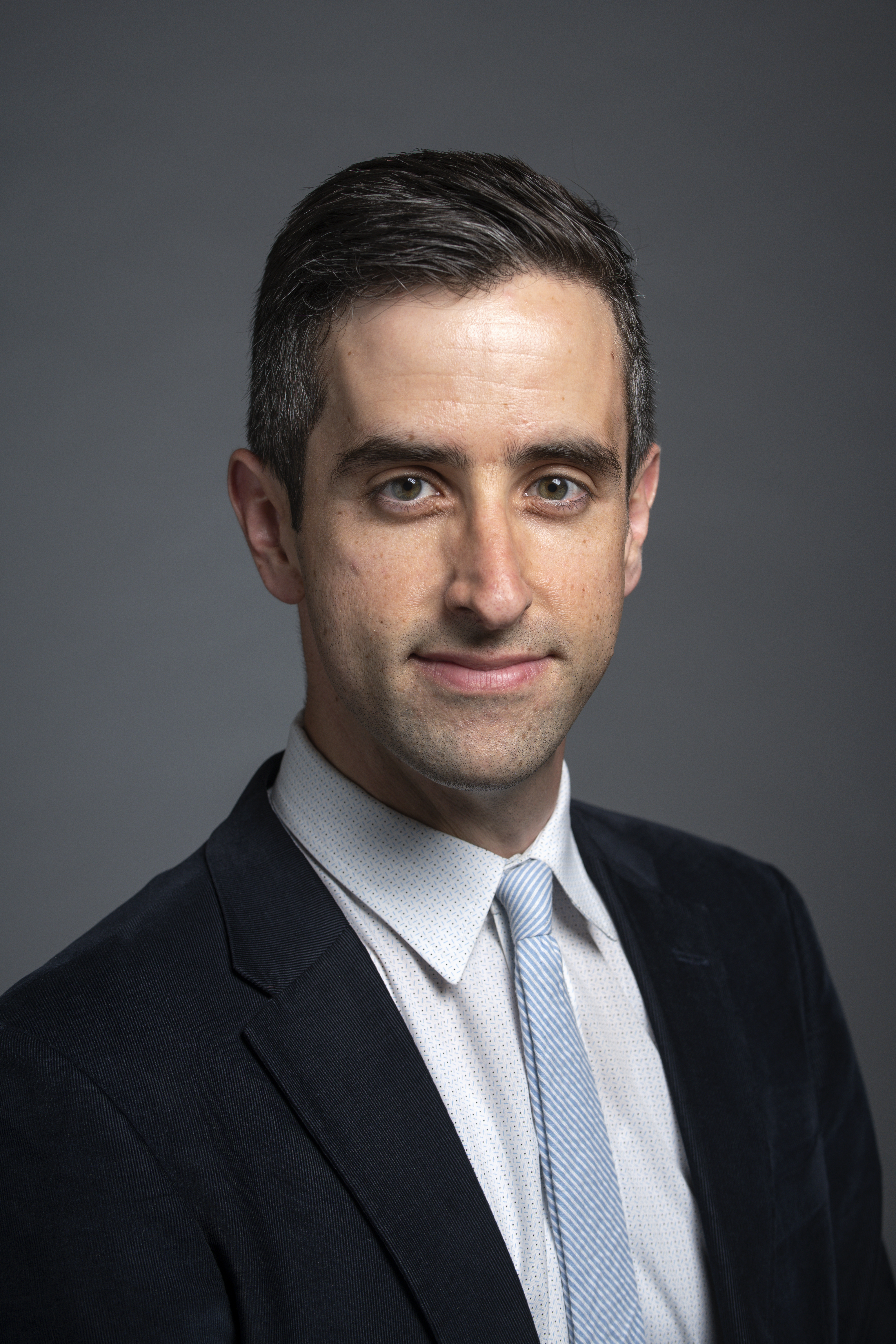 A Mason Engineering researcher has discovered that artificial microswimmers accumulate where their speed is minimized, an idea that could have implications for improving the efficacy of targeted cancer therapy.

Jeff Moran, an assistant professor of mechanical engineering in the Volgenau School of Engineering, and colleagues from the University of Washington in Seattle studied self-propelled half-platinum/half-gold rods that “swim” in water using hydrogen peroxide as a fuel. The more peroxide there is, the faster the swimming; without peroxide in pure water, the rods don’t swim.

In this work, they set out to understand what happens when these artificial microswimmers are placed in a fluid reservoir containing a gradient of hydrogen peroxide––lots of peroxide on one side, not much on the other side.

They found that, predictably, the microswimmers swam faster in regions with high peroxide concentration, says Moran, whose research was published in the new issue of Scientific Reports.

As others had observed, the direction of swimming varied randomly in time as the swimmers explored their surroundings. In contrast, in the low-concentration regions, the rods slowed down and accumulated in these regions over the course of a few minutes.

The results suggest a simple strategy to make microswimmers passively accumulate in specific regions, an idea that might have useful, practical applications, he says.

Swimming at the microscopic scale is a ubiquitous phenomenon in biology, Moran says. “Lots of cells and microorganisms, such as bacteria, can autonomously swim toward higher or lower concentrations of chemicals that benefit or harm the cell, respectively.”

This behavior is called chemotaxis, and it’s both common and important, he says. “For example, your immune cells use chemotaxis to detect and swim toward sites of injury, so they can initiate tissue repair.”

Moran and colleagues, like others in the field, have long been curious whether artificial microswimmers can mimic cells by performing chemotaxis, continuously swimming toward higher chemical concentrations. Some had claimed that the platinum/gold rods, in particular, could swim autonomously toward peroxide-rich regions.

“We were skeptical of these claims since the rods aren’t alive, and therefore they don’t have the sensing and response capabilities that are necessary for cells to execute this behavior,” he says.

“Instead, we found the opposite: the rods built up in the lower concentration regions. This is the opposite of what one would expect from chemotaxis,” Moran says.

The researchers conducted computer simulations that predicted this and validated them with experiments, he says.

“We propose a simple explanation for this behavior: Wherever they are, the rods move in randomly varying directions, exploring their surroundings. When they get to a low-fuel region, they can’t explore as vigorously. In a sense, they get trapped in their comfort zones,” Moran says.

“Conversely, in the high-peroxide regions, they move at higher speeds and, because their direction is constantly changing, escape from these regions more often. Over time, the net result is that rods accumulate in low-concentration regions,” he says. “They don’t have any intelligence. They end up where their mobility is the lowest.”

Moran says this research is promising from a technical standpoint because it suggests a new strategy to make chemicals accumulate in a highly acidic area.

“Due to their abnormal metabolic processes, cancer cells cause their immediate surroundings to become acidic. These are the cells that need the most drugs because the acidic environment is known to promote metastasis and confer resistance to drugs. Thus, the cells in these regions are a major target of many cancer therapies.”

Moran and colleagues are now designing microswimmers that move slowly in acidic regions and fast in neutral or basic regions. Through the mechanism they discovered here, they hypothesize that acid-dependent swimmers will accumulate and release their cargo preferentially where their speeds are minimized, namely the most acidic and hypoxic regions of the tumor, where the most problematic cells reside.

There is much more research to be conducted, but “these rods may have the ability to deliver chemotherapy drugs to the cancer cells that need them the most,” Moran says.

“To be clear, our study doesn’t prove that chemotaxis is impossible in artificial microswimmers, period; just that these particular microswimmers don’t undergo chemotaxis.

“Instead, we’ve identified an elegantly simple method of causing unguided microswimmers to accumulate and deliver drugs to the most problematic cancer cells, which could have implications for the treatment of many cancers, as well as other diseases like fibrosis. We’re excited to see where this goes.”