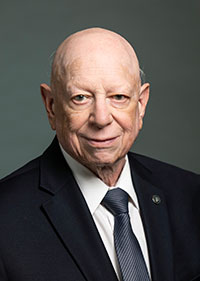 George Hazelrigg is an adjunct professor and affiliate faculty in the Department of Mechanical Engineering at George Mason University.

In the early 1970's, he helped to form a consulting company where he worked for seven years.  In 1982, he joined the National Science Foundation.  For the next 35 years, he ran seven research programs in four different divisions, served as deputy division director and acting division director for the Division of Electrical, Communications, and Systems Engineering (ECSE) and the Division of Civil, Mechanical and Manufacturing Innovation (CMMI), and oversaw annual research budgets of up to $210 million. In January 1996, he was station science leader of the U.S. South Pole Station.