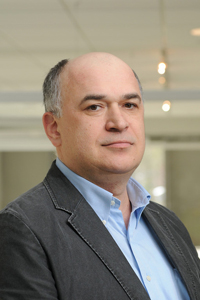 Zoran Duric is the program coordinator for the Master of Computer Science Degree. He has taught at George Mason University since 1995. His main research interests are applying computer vision and video image processing to analyze movements of humans and vehicles. He is a deputy editor of Pattern Recognition Journal and a member of the editorial board of IEEE Transactions on Intelligent Transportation Systems.

2010 - 2011 : Pilot Study to Assess the Application of Haptic Technology to Functional Improvement in Persons with Mild and Moderate Traumatic Brain Injury. Funded by Henry Jackson Foundation.